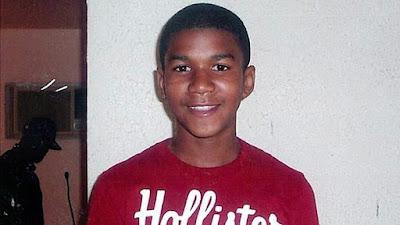 Tanakh: 2 Kings 5:1-14
Naaman, commander of the army of the king of Aram, was important to his ruler and high in his favor, for through Naaman the Becoming One had granted victory to Aram. But the man, though a great warrior, was a leper. Once, when the Arameans were out raiding, they carried off a young girl from the land of Israel, and she became an attendant to Naaman’s wife. She said to her mistress, “I wish Master [Namaan] could come before the prophet in Samaria; he would cure Naaman of his leprosy.” Naaman went and told his ruler just what the girl from the land of Israel had said.

Then the king of Aram said, “Go to the king of Israel, and I will send along a letter.” Namaan set out, taking with him ten talents of silver, six thousand shekels of gold, and ten changes of clothing. He brought the letter to the king of Israel. It read: “Now, when this letter reaches you, know that I have sent my courtier Naaman to you, that you may cure him of his leprosy.” When the king of Israel read the letter, he rent his clothes and cried, “Am I God, to deal death or give life, that this fellow writes to me to cure a man of leprosy? Just see for yourselves that he is seeking a pretext against me!”

When Elisha, the man of God, heard that the king of Israel had rent his clothes, he sent a message to the king: “Why have you rent your clothes? Let him come to me, and he will learn that there is a prophet in Israel.” So Naaman came with his horses and chariots and halted at the door of Elisha’s house. Elisha sent a messenger to say to him, “Go and bathe seven times in the Jordan, and your flesh shall be restored and you shall be clean.” But Naaman was angered and walked away. “I thought,” he said, “he would surely come out to me, and would stand and invoke the Becoming One his God by name, and would wave his hand toward the spot, and cure the affected part. Are not the Amanah and the Pharpar, the rivers of Damascus, better than all the waters of Israel? I could bathe in them and be clean!” He stalked off in a rage. But his servants came forward and spoke to him. “Sir,” they said, “if the prophet told you to do something difficult, would you not do it? How much more when he has only said to you, ‘Bathe and be clean.’” So he went down and immersed himself in the Jordan seven times, as the man of God had bidden; and his flesh became like a little boy’s, and he was clean.

Queeries for the text:
Where was Aram? When did this story take place?  Who were the ruling powers over these kings?  How does that change the power analysis in this story?
What is the significance of the prophet in Samaria?  What does it imply about when this took place or when it was written?
How do we expect healing and labor from people without recognizing the great cost that often comes with being a healer?
Why was the King of Israel so upset at the King of Aram's demand? What does this tell us about the power dynamics at play?  Who has the geo-political power?
Why does Elisha have a better relationship with the Monarchs than Elijah? What parts of the story have been omitted that helped that happen?
In which other traditions is water a gift from the divine(9-11)?  Does that giftedness change if God is not invoked in the cleansing bath?
If you were retelling this story in a modern setting, what details would you change, and how? Which ones would you keep the same, and why?

What does it mean for a child to be enslaved? What kinds of labor do u.s.ian's expect from children today?

“Teacher,” he said,
“what must I do to inherit eternal life?”
26Jesus said to him,

“What is written in the law?
What do you read there?”
27The lawyer answered,

“You have given the right answer;
do this, and you will live.”
29But wanting to justify himself,

the lawyer asked Jesus,
“And who is my neighbor?”
30Jesus replied,

“A man was going down from Jerusalem to Jericho,
and fell into the hands of robbers,
who stripped him, beat him, and went away,
leaving him half dead.
31Now by chance a priest was going down that road;
and when he saw him,
he passed by on the other side.
32So likewise a Levite,
when he came to the place and saw him,
passed by on the other side.
33But a Samaritan while traveling came near him;
and when he saw the man,
he was moved with pity.
34He went to him and bandaged his wounds,
having poured oil and wine on them.
Then he put him on his own animal,
brought him to an inn,
and took care of him.
35The next day the Samaritan took out two denarii,
gave them to the innkeeper, and said,
‘Take care of him;
and when I come back,
I will repay you whatever more you spend.’
36Which of these three, do you think,
was a neighbor to the man who fell into the hands of the robbers?”
37The lawyer said,

“The one who showed him mercy.”
Jesus said to him,

“Go and do likewise.”

Queeries for the text:
What is missing since last week? Was last week setting Jesus up for this parable?
Why do we test people?  How do you inherit life?
Why did the lawyer add mind?  How do we over-intellectualize faith?
Why doesn't the lawyer know who their neighbor is?
Who are the robbers today?
How do we pass by on the other side?
Where was the Samaritan supposed to be going?
Who are Samaritans in the dominate u.s. and white church culture today?  Who are Samaritans to me?  Why couldn't the lawyer say "Samaritan"?
Who is working to make the road to Jericho safer?

What are your queeries?